Anti- Association laws are currently being debated in the Vic Parliament .  The Vic gov’t got rid of consorting laws a decade ago – They were regarded as unfairly criminalising those whose only crime was to associate & socialise with people with a criminal reputation.

The new bill seeks to amend the law to deal with youth crime.   The opposition supports ant-association laws and says they will have no hesitation introducing even tougher laws with severe sentences.

The changes being introduced seriously erode basic rights we take for granted . They will particularly impact populations that are heavily policed including indigenous and African people.

Young person as young as 14 and without a criminal record are the new target of these laws. They will be subjected to police surveillance . They will be stigmatised . Sadly for some the notice will probably become a badge of honour and be the driver for them to offend. A breach of a notice to not associate will have serious consequences – up to 3 years imprisonment .

We have called on the Victorian Scrutiny and Regulation Committee ( SARC) to find the bill before parliament inconsistent with the Victorian Charter of Human Rights & Responsibilities, as they should .

If you want to join with others to oppose the laws see the Federation of community Legal centres website for details https://www.fclc.org.au/

Many young people experience significant mistreatment by police and yet they are reluctant to make a complaint, said Ariel Couchman today, Director of Youthlaw, a state-wide legal centre for young people under 25.

“Youthlaw regularly hears of unacceptable abuse by police such as physical assaults, degradation, prejudicial comments to degrade and control, and inappropriate and intrusive policing.“ she said.

“The abuse they experience is disturbing, yet overwhelmingly young people are unaware that they can make a complaint.  However, once they receive information of the current complaint system they are extremely reluctant want to make a complaint.   In general they have no confidence their complaint will be taken seriously,” Ms Couchman said.

“They fear consequences of complaining about police officers given how much power they have over their daily lives.”

“In Youthlaw lawyer’s experience young people rarely exaggerate the abuse or seek to complain for vexatious or flippant reasons.  Most believe it is just a fact of life that they will be treated this way and there is little that they can do about it”.

The current system where a police force investigates police complaints, particularly those of a serious nature, is inevitably highly flawed and lacks integrity.

Like many other community lawyers, Youthlaw also calls on the Andrews Government to reform Victoria’s failing police complaints system and ensure that IBAC or another independent body investigates all serious complaints of police misconduct.

“The IBAC Parliamentary Committee currently conducting an inquiry into this issue has a critical opportunity to make essential recommendations of this nature.” Ms Couchman said.

Youth Detention royal commission into NT has lessons for Victoria

November 17, 2017
The Royal Commission into the Protection and Detention of Children in the Northern Territory (NTRC) found shocking and systemic failures occurred over many years and were known and ignored at the highest levels. It calls for the shutting down of Don Dale and a major overhaul and rethink of youth justice, child protection & detention.
Many might assume the disturbing practices revealed are limited to the NT, however, similar behaviours and practices have been documented in all youth detention facilities throughout Australia including Victoria.
In Victoria, staff working in youth detention facilities have 3 weeks of training & do not need to have any experience with youth. This year it was revealed that Victorian youth in detention have regularly been locked down and isolated as a form of discipline and when there are staff shortages.  Education was only introduced relatively recently in Victoria & not to all detainees.
Briefings on the new Cherry Creek facility have repeatedly emphasised security and control. As yet, we in the youth sector are unconvinced much will change in terms of staff training or assessments on entering custody. At odds with the Royal Commission’s recommendations, the facility will be very large and it will not be close to the homes and communities of young people being detained.
Some of the key recommendations of the Royal Commission’s final report are:

Join Team Youthlaw or Donate Today for a great cause

Join Team Youthlaw and run, walk or roll for a great cause.

Race day is 30 July 2017 and we invite you, your family and friends to enter Run Melbourne and support Youthlaw.

Whether you join the team or donate, you will have a lasting impact on Victoria’s most vulnerable young people. Your fundraising will also help us deal with some imminent federal funding cuts to the community legal sector and ensure we can continue to fully fund our regional outreach and Children’s Court family violence work.

How can I get involved?

Join Team Youthlaw
Run, walk or roll for a good cause with staff and friends of Youthlaw.
Race day is 30 July 2017.

1. Sign up to Run Melbourne
2. Join the Youthlaw team

Donate today
Even if you can’t be there on race day, click the link here to support the Youthlaw Run Melbourne Team with your donations.

How can I find out more?

If you have any questions or queries or would just like to get in contact, feel free to send us an email at admin@youthlaw.asn.au 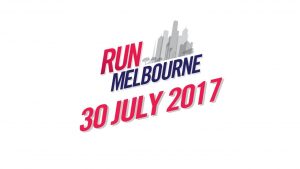